Saltwater vs Freshwater Aquarium for Beginners

Saltwater vs Freshwater Aquarium for Beginners

So, you’re interested in keeping fish, but you can’t decide if you should start with a saltwater or freshwater aquarium.

Well, you’re on the right track. After all, studies have shown the stress-relieving benefits of aquariums, and right now we could all stand to invest in something that’s going to bring a calming effect into our homes.

While saltwater fish might provide a bit more color and intrigue, they are also a bit more costly to set up and challenging to maintain.

We happen to think they’re worth the effort, but since you’re the one taking care of the fish, we’re sharing the information you need to help inform your decision and properly care for your fish. You can’t go wrong either way! 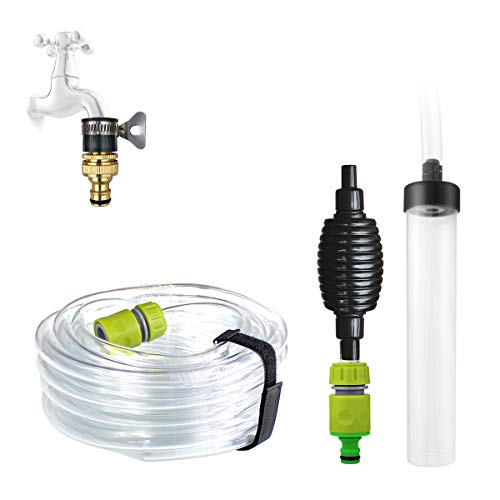 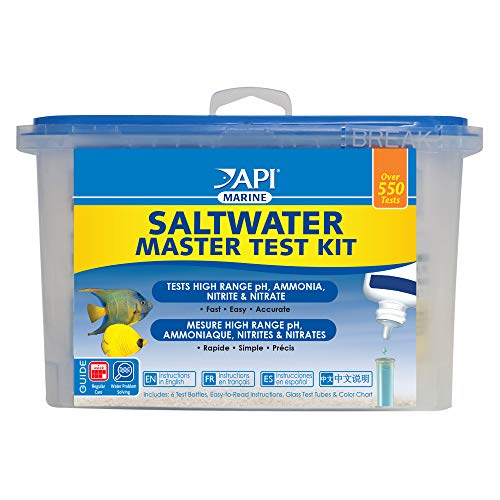 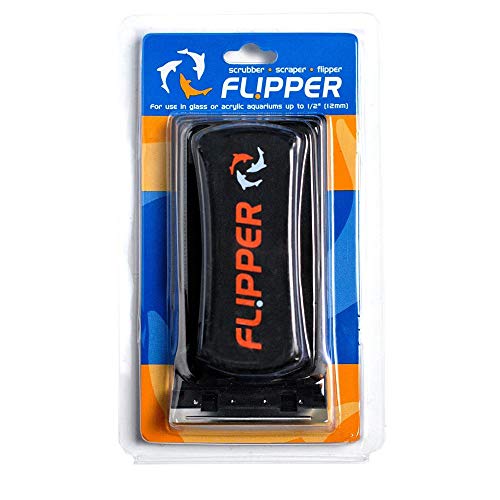 The Best Fish for Beginners

Saltwater fish are pricier, but the level of beauty and color you can achieve might make your jaw drop. Some popular and inexpensive fish to include in your aquarium are:

Ideally, you want something hardy, budget-friendly, and colorful with an interesting personality. Most freshwater tanks include fish, such as:

Maintaining Your Fish: Saltwater vs. Freshwater

Both freshwater and saltwater aquariums require a tank, preferably with a hood, substrate for the bottom, and a filter that can process the water 5-10 times per hour.

Think of your saltwater aquarium as your very own slice of ocean. The condition of ocean water (pH, salinity, chloride) doesn’t change much as these bodies of water are known for their consistent and stable water chemistry. Your home tank requires the same consistent environment, which means you will need to change the water and clean the tank more often than you would a freshwater aquarium.

While saltwater tanks are roughly twice as expensive to set up as a freshwater tank, you will reap the rewards. Filtration is the key to a healthy saltwater aquarium, so they require more equipment, such as powerheads, protein skimmers, and live rock. For more tips on how to maintain a saltwater tank, read our guide to saltwater beginner setup.

A freshwater tank can be a glass or acrylic of any size. For beginners, start with a simple tank, a good filtration system, and a fish-only environment. Implementing live plants into a freshwater environment can make managing the tank a bit more complicated. 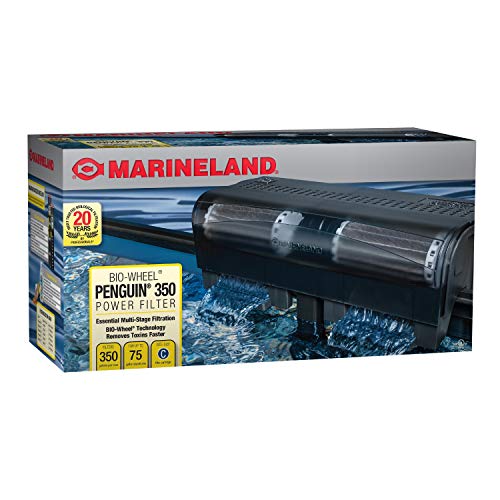 Get the Biggest Tank Your Budget and Space Allows

The aquarium you choose will be your fishes’ whole world, so buy the biggest you can afford and have space for in your home. Some tips for choosing the right tank: 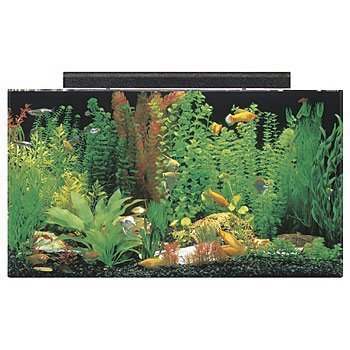 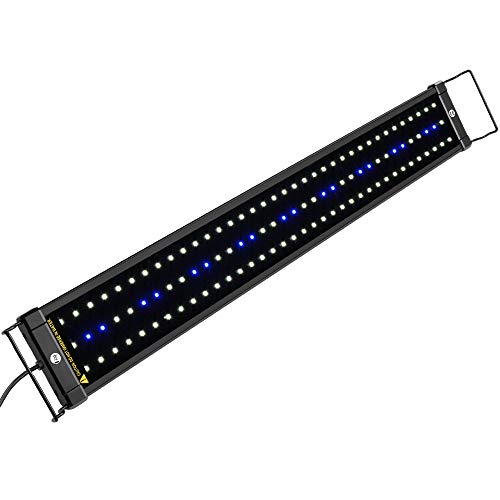 Whether you’re starting a freshwater or saltwater aquarium, experts agree that fish-only environments are the easiest to maintain. However, plants can be a beautiful addition to your environment and have the ability to consume the toxic nitrogen compounds produced by fish waste. Here are a few we recommend for beginners:

Saltwater plants are harder to come by than freshwater plants, but worth the effort. Adding the right plants to saltwater creates an environment that more closely resembles one in nature.

Besides making the aquarium look more appealing, live plants can be a tasty meal for your fish. This is especially helpful when your tanks has plant-eating fish, as they require frequent feedings.

No matter what you decide—saltwater or freshwater—having a fish tank in your home provides the healing benefits of nature. Perhaps the answer is one of each!

With saltwater fish, you may end up investing a bit more time and money to make sure you maintain the consistent temperature and pH they need to survive, but you will marvel at their beauty. A slightly less magnificent species, freshwater fish require a bit less effort and investment overall. Watching goldfish grow can be quite rewarding, and you may even decide to install a backyard pond for your new friends later on.

Just imagine the subtle water sounds bubbling up in your living room or the brightly colored fins swishing through your bedroom. Get ready to experience the calming influence and mood-boosting phenomenon of keeping fish.

Did you find this article helpful? Help Us & Share it. How to Get Rid of Bristle Worms & Bearded Fireworms – Predators & Traps Reef Safe Fish and Invertebrates – Top 10 Best Options for Each

How to Get Rid of Bristle Worms & Bearded Fireworms – Predators & Traps

Reef Safe Fish and Invertebrates – Top 10 Best Options for Each

Stay in the Loop

We are a participant in the Amazon Services LLC Associates Program, an affiliate advertising program designed to provide a means for us to earn fees by linking to Amazon.com and affiliated sites

Content on Reef Tank Resource is copyrighted. Reproduction without permission is prohibited. All trademarks property of their respective owners.